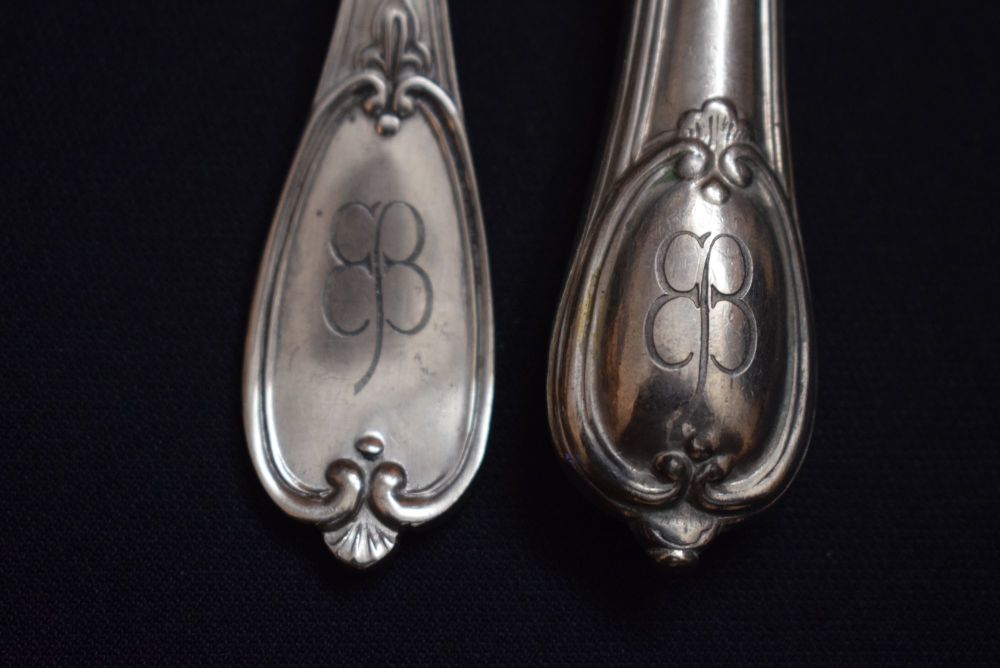 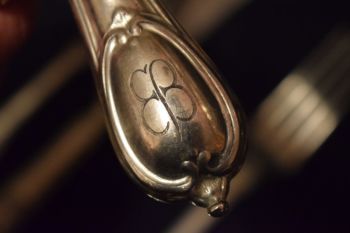 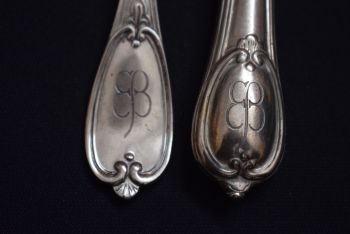 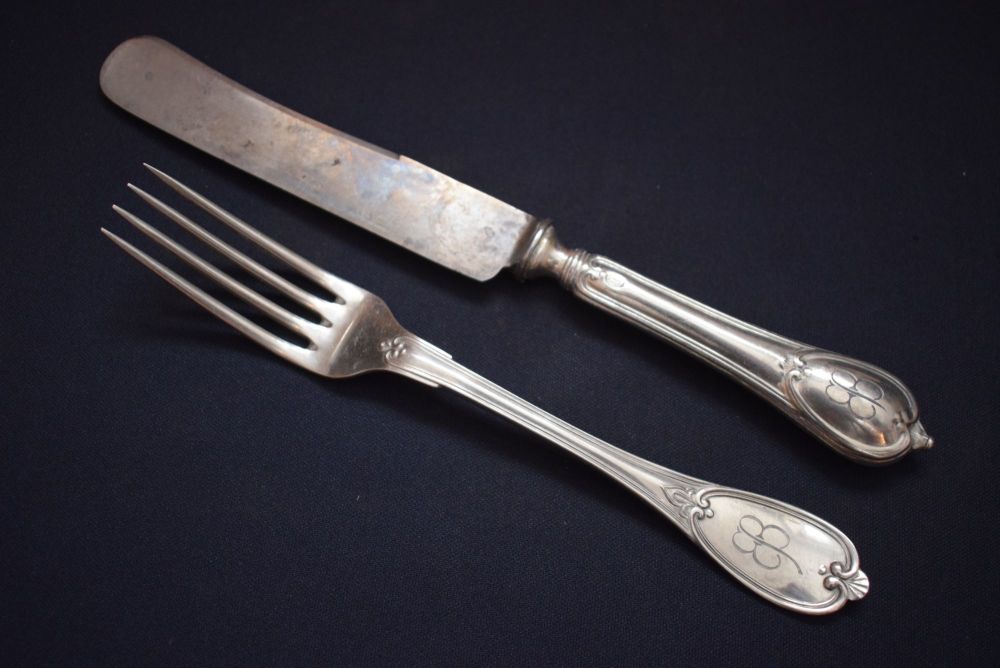 Vintage ornate tableware with contemporary electro-engraved Eva Braun monogram on the fork and knife handle. Some of the knife blades have oxidisation to them typical to vintage cutlery.

Eva Anna Paula Hitler (née Braun; 6 February 1912 – 30 April 1945) was the longtime companion of Adolf Hitler and, for less than 40 hours, his wife. Braun met Hitler in Munich when she was a 17-year-old assistant and model for his personal photographer Heinrich Hoffmann. She began seeing Hitler often about two years later. She attempted suicide twice during their early relationship. By 1936, she was a part of his household at the Berghof near Berchtesgaden and lived a sheltered life throughout World War II. Braun was a photographer, and she took many of the surviving colour photographs and films of Hitler. She was a key figure within Hitler's inner social circle, but did not attend public events with him until mid-1944, when her sister Gretl married Hermann Fegelein, the SS liaison officer on his staff.

As Nazi Germany was collapsing towards the end of the war, Braun swore loyalty to Hitler and went to Berlin to be by his side in the heavily reinforced Führerbunker beneath the Reich Chancellery garden. As Red Army troops fought their way into the centre government district, on 29 April 1945, she married Hitler during a brief civil ceremony; she was 33 and he was 56. Less than 40 hours later, they committed suicide together in a sitting room of the bunker, she by biting into a capsule of cyanide, and he by a gunshot to the head. The German public was unaware of Braun's relationship with Hitler until after their deaths.