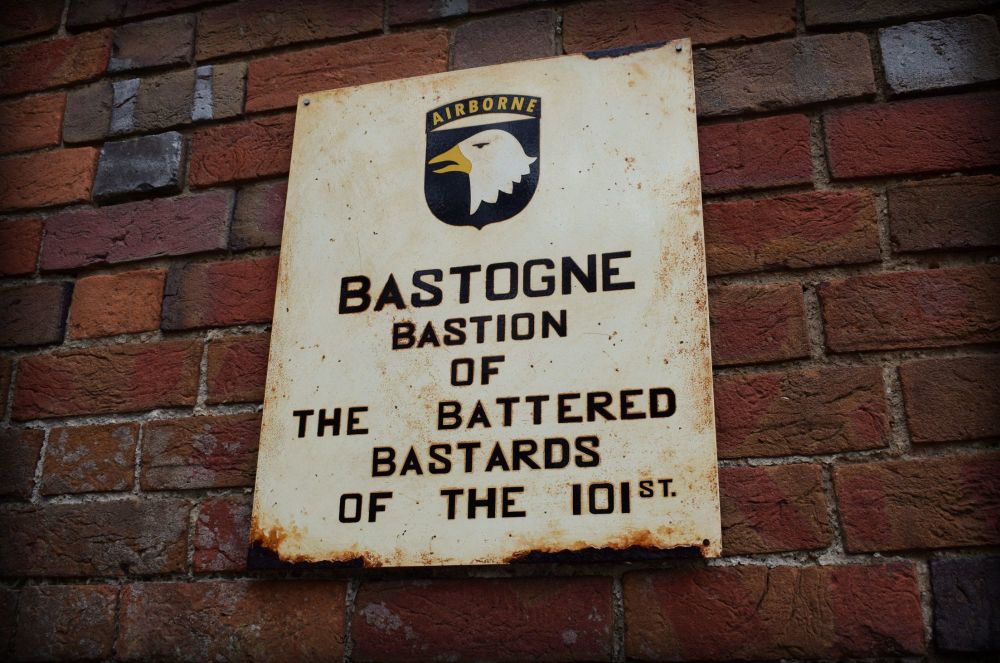 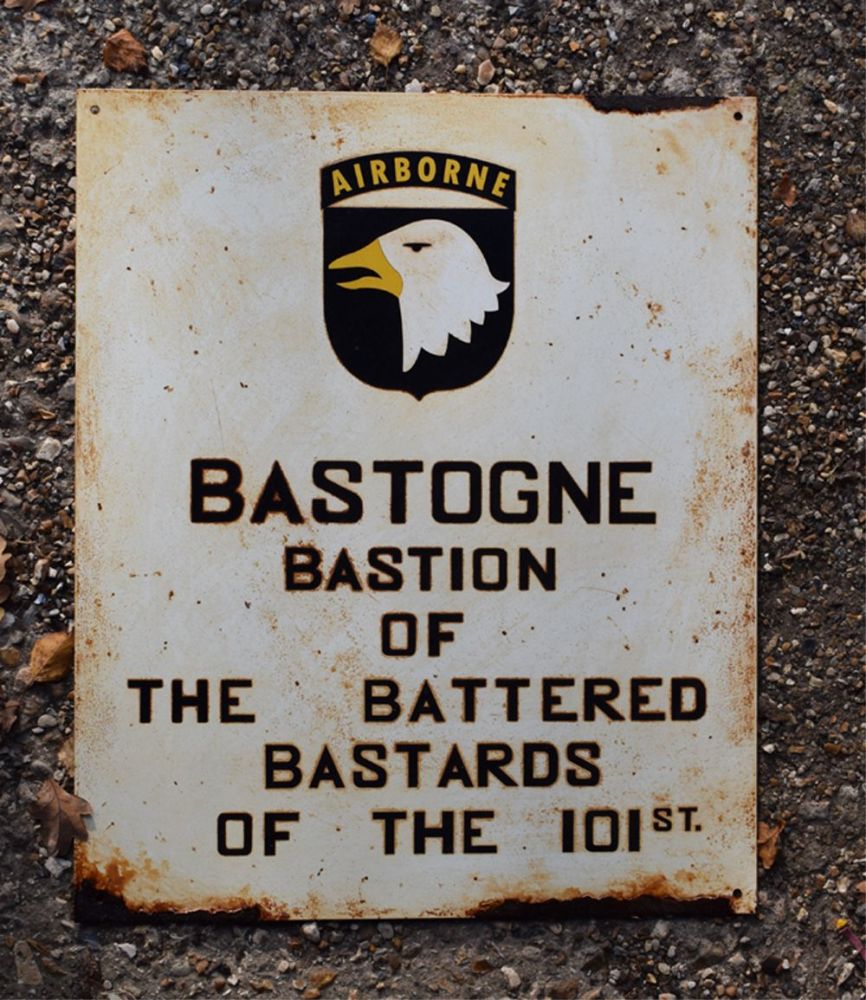 It was on the 22nd of December that General von Lüttwitz submitted the following demand for surrender to his American counterpart commanding the American forces in Bastogne, Brigadier General Anthony McAuliffe:

To the U.S.A. Commander of the encircled town of Bastogne.

The fortune of war is changing. This time the U.S.A. forces in and near Bastogne have been encircled by strong German armored units. More German armored units have crossed the river Our near Ortheuville, have taken Marche and reached St. Hubert by passing through Hompre-Sibret-Tillet. Libramont is in German hands.

There is only one possibility to save the encircled U.S.A. troops from total annihilation: that is the honourable surrender of the encircled town. In order to think it over a term of two hours will be granted beginning with the presentation of this note.

If this proposal should be rejected one German Artillery Corps and six heavy A. A. Battalions are ready to annihilate the U.S.A. troops in and near Bastogne. The order for firing will be given immediately after this two hours term.

All the serious civilian losses caused by this artillery fire would not correspond with the well-known American humanity.

To the German Commander.

Despite the defiant American response to the surrender demand, the 26th VG received one Panzergrenadier regiment from the 15th Panzergrenadier Division on Christmas Eve for its main assault the next day. That night, at about 7:00 PM, Luftwaffe bombers attacked Bastogne, killing 21 in an aid station. Because it lacked sufficient troops and those of the 26th VG Division were near exhaustion, the XLVII Panzer Corps concentrated its assault on several individual locations on the west side of the perimeter in sequence rather than launching one simultaneous attack on all sides. The assault—led by 18 tanks carrying a battalion of infantry—pierced the lines of the 327th's 3rd Battalion (officially, the 1st Battalion, 401st Glider Infantry), and advanced as far as the battalion command post at Hemroulle.

However, the 327th held its original positions and repulsed infantry assaults that followed, capturing 92 Germans. The panzers that had achieved the penetration divided into two columns, one trying to reach Champs from the rear, and were destroyed in detail by two companies of the 1st Battalion 502nd PIR under Lt. Col. Patrick F. Cassidy and four tank destroyers of the 705th Tank Destroyer Battalion. Allied control of Bastogne was a major obstacle to the German armored advance, and the morale of Allied forces elsewhere on the Western Front was boosted by news of the stubborn defence of the besieged town.

A rarity in the World War II era American Army, the 333rd Battalion was a combat unit composed entirely of African American soldiers, led by white officers. At the start of the Battle of the Bulge, the 333rd was attached to the 106th Infantry Division. Prior to the German offensive, the 106th division was tasked with holding a 26-mile (41.8 kilometers) long length of the front, despite the Army Field manual stating that a single infantry division could hold no more than 5 miles (8 kilometers) of front. As a result, in the initial days of the assault, two of the division's three overstretched regiments were brushed aside by the German Army, yielding 6000 prisoners. The 333rd was badly affected, losing nearly 50% of its soldiers including its commanding officer. Eleven of its soldiers were cut off from the rest of the unit and attempted to escape German capture, but were massacred on sight by the Waffen SS. The remnants of the battalion retreated to Bastogne where they linked up the 101st. The vestiges of the 333rd were attached to its sister unit the 969th Battalion. The remains of the 333rd were given carbines and assigned to defend the town. Despite low supplies of food and ammunition, and being limited to only 10 artillery rounds per day, the 333rd fought tenaciously, successfully holding their sector of the front despite repeated German assaults. For their heroism, the 333rd was awarded the Presidential Unit Citation.

Elements of General George Patton's Third Army succeeded in reaching Bastogne from the southwest, arriving from the direction of Assenois. The spearhead reached the lines of the 326th Engineers on the day after the Christmas attack at approximately 16:50. The 101st's ground communications with the American supply dumps were restored on 27 December, and the wounded were evacuated to the rear. Gen. Taylor reached Bastogne with the 4th Armored Division and resumed command.

With the encirclement broken, the men of the 101st expected to be relieved, but were given orders to resume the offensive. The 506th attacked north and recaptured Recogne on 9 January 1945, the Bois des Corbeaux (Crows' Wood), to the right of Easy Company, on 10 January, and Foy on 13 January. The 327th attacked towards Bourcy, northeast of Bastogne, on 13 January and encountered stubborn resistance. The 101st Airborne Division faced the elite of the German military which included such units as 1st SS Panzer Division Leibstandarte SS Adolf Hitler, Führerbegleitbrigade, 12th SS Panzer Division Hitlerjugend, and the 9th SS Panzer Division Hohenstaufen. The 506th retook Noville on 15 January and Rachamps the next day. The 502nd reinforced the 327th, and the two regiments captured Bourcy on 17 January, pushing the Germans back to their point of advance on the day the division had arrived in Bastogne. The next day the 101st Airborne Division was relieved.