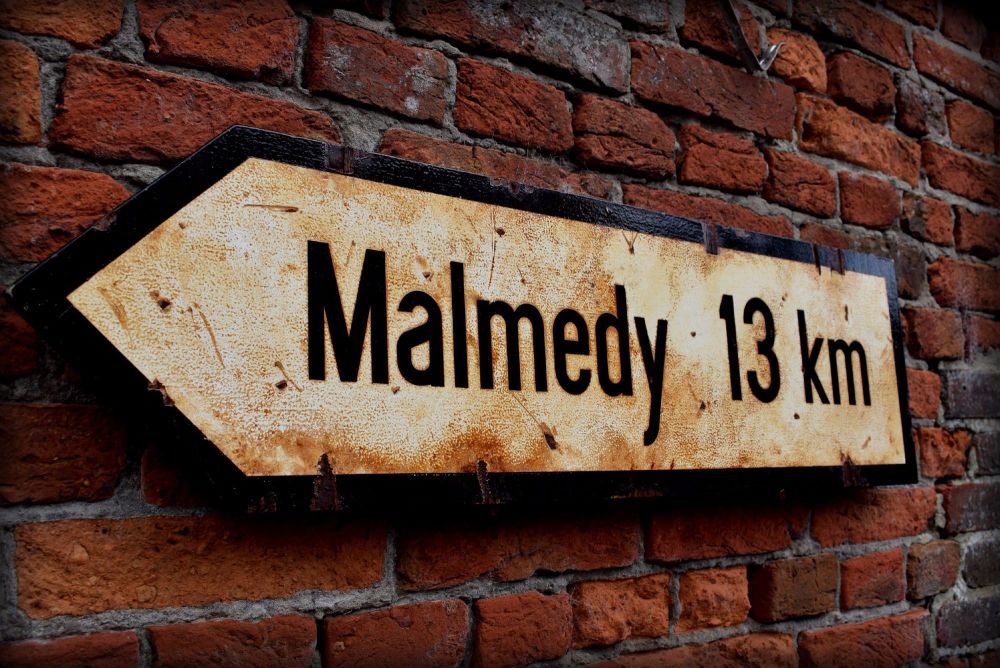 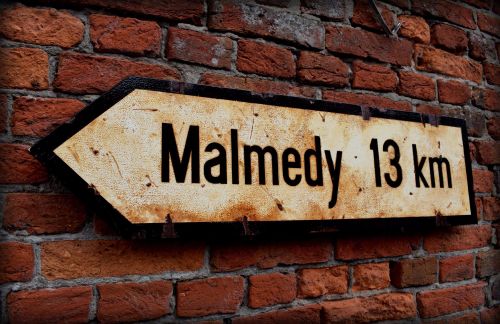 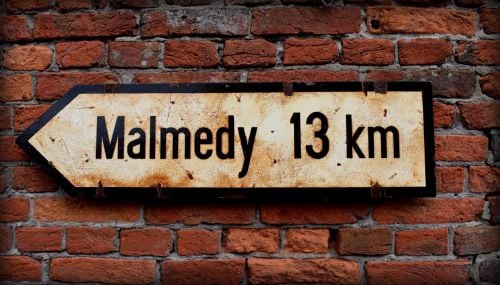 During the Battle of the Bulge, The Malmedy massacre (1944) refers specifically to a war crime in which 84 American prisoners of war were murdered by their German captors near Malmedy, Belgium, during World War II. The massacre was committed on December 17, 1944, at Baugnez crossroads, by members of Kampfgruppe Peiper (part of the 1st SS Panzer Division), a German combat unit, during the Battle of the Bulge.

The term also applies generally to the whole series of massacres committed by the same unit on the same day and following days, which were the subject of the Malmedy massacre trial, part of the Dachau Trials of 1946. The trials were the focus of some controversy.

Between noon and 1 p.m., the German spearhead approached the Baugnez crossroads, two miles southeast of Malmedy. An American convoy of about thirty vehicles, mainly elements of B Battery of the American 285th Field Artillery Observation Battalion (FAOB), was negotiating the crossroads and turning right toward Ligneuville and St. Vith, where it had been ordered to join the 7th Armored Division.The spearhead of Peiper’s group spotted the American convoy and opened fire, immobilizing the first and last vehicles of the column and forcing it to halt. Armed with only rifles and other small arms, the Americans surrendered to the Nazi tank force.

The armored column led by Peiper continued west toward Ligneuville. The German troops left behind assembled the American prisoners in a field along with other prisoners captured earlier in the day. Many of the survivors testified that about 120 troops were standing in the field when, for unknown reasons, the SS troops suddenly opened fire with machine guns on the prisoners. Several POWs later testified that a few of the prisoners had tried to escape, and others claimed that some prisoners had picked up their previously discarded weapons and shot at the German troops when they attempted to continue toward Ligneuville.

As soon as the SS machine gunners opened fire, the POWs panicked. Some tried to flee, but most were shot where they stood. Some dropped to the ground and pretended to be dead. However, SS troops walked among the bodies and shot any who appeared to be alive.A few sought shelter in a café at the crossroads. The SS soldiers set fire to the building and shot any who tried to escape.

On 21 December the town itself, which was then held by US troops, was attacked by German forces under the command of Otto Skorzeny, who were repelled. Moreover, on 23, 24 and 25 December 1944 the city was bombed repeatedly by theUnited States Army Air Forces  in a series of friendly fire incidents. Approximately 200 civilians were killed in the tragic attacks, while the number of American casualties has never been revealed by the United States Department of Defence.