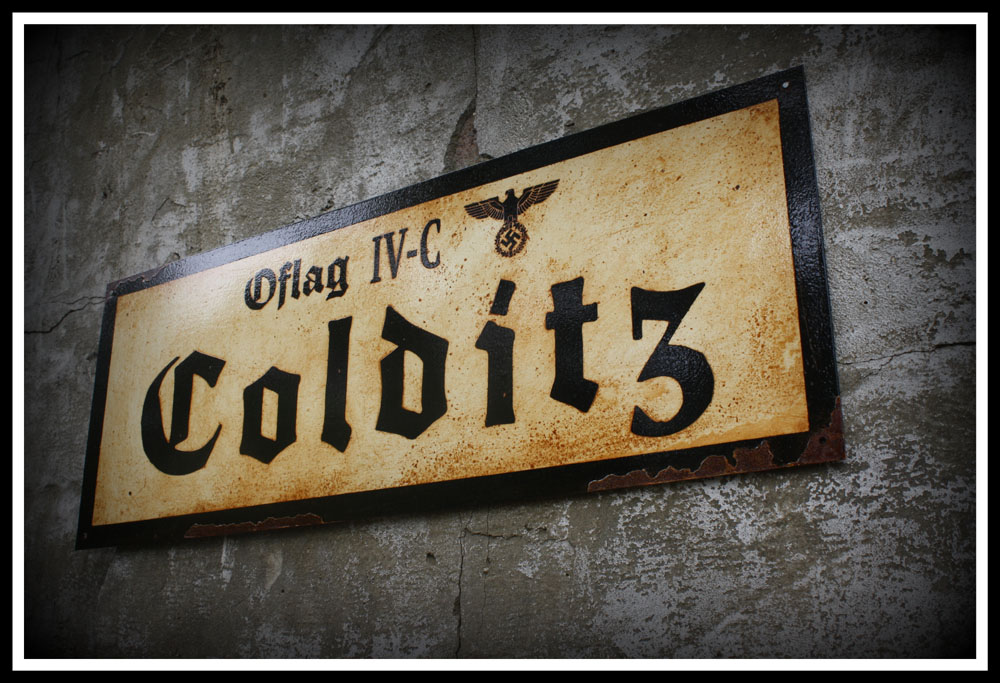 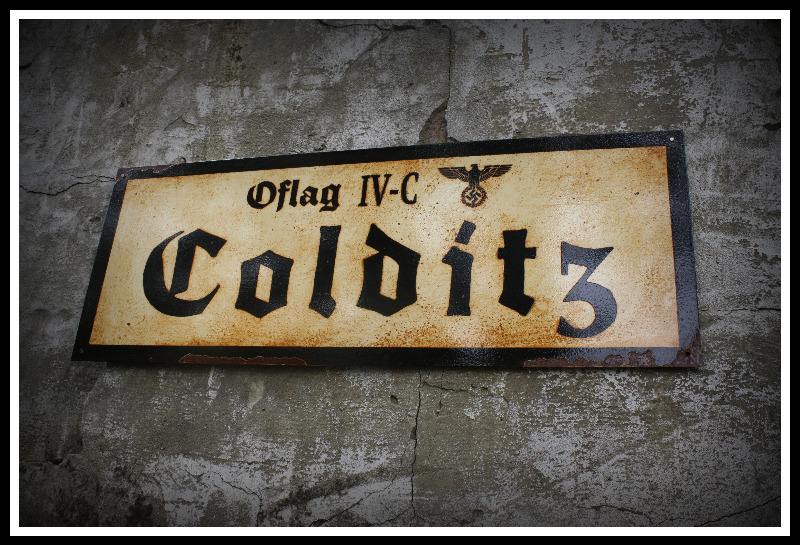 The larger outer court known as the Kommandantur, had only two exits and housed a large German garrison. The prisoners lived in an adjacent courtyard in a 90 ft (27 m) tall building. Outside, the flat terraces which surrounded the prisoners' accommodation were constantly watched by armed sentries and surrounded by barbed wire.  Although known as Colditz Castle to the locals, its official German designation was Oflag IV-C and it was under Wermacht control.

Although it was considered a high security prison, it boasted one of the higest records of successful escape attempts. This could be owing to the general nature of the prisoners that were sent there; most of them had attempted escape previously from other prisons and were transferred to Colditz because the Germans had thought the castle escape-proof. One lavish scheme even included a glider that was kept in a remote portion of the castle's attic, although it was never used because Germany surrendered to the Allies before the scheduled date of the planned escape.

In April 1945, US troops entered Colditz town and, after a two-day fight, captured the castle on 16 April. In May 1945, the Soviet occupation of Colditz began. Following the Yalta Conference it became a part of East Germany. The Soviets turned Colditz Castle into a prison camp for local burglars and non-communists. Later, the castle was a home for the aged and  nursing home, as well as a hospital and psychiatric clinic. For many years after the war, forgotten hiding places and tunnels were found by repairmen, including a radio room set up by the British POWs, which was then "lost" again only to be re-discovered some ten years later.